Sex of Insects have released Remixes of ‘Om Nah Omn’ by Sailor & I, dOP and Anatoly Ylotana. 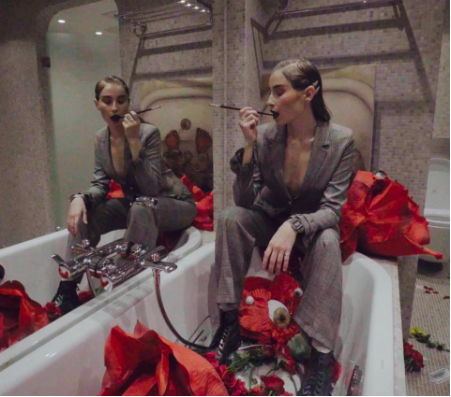 Popular Russian duo Sex of Insects have released an enchanting remix package which includes remixes by Sailor & I, dOP and Anatoly Ylotana on 13th of April via Ylotana Music. The remixes are for the song titled ‘Om Nah Omn’. The duo formed in 2016, and combines the talents of Anatoly Ylotana (guitar) and Alexandra Bartashevich (vocals). Inspired and influenced by big acts such as Frank Zappa, Led Zeppelin, Black Sabbath and more recently Underworld, Daft Punk and Danny Tenaglia  – the duo after the success of their previous releases ‘I’m Full Remixes’, ‘I Can Hear The Light Remixes’, ‘I Can Hear The Acid Remixes’ and ‘All I Have A Know Remixes’ and ‘Not This Song Again Remixes’, Sex of Insects has gained recognition and applause from publications CLASH Magazine, Data Transmission, Konbini, Discobelle, Indie Shuffle, Electronic Groove, Clubbing Spain and Noctis Magazine as well as Youtube channels Deep Mix Nation and Madorasindahouse. Sex of Insects has also shared the stage with big names SURGEON, Lady Starlight, Hardware-Live, Gary Beck, Sterac aka Steve Rachmad, Shxcxchcxsh- Live, Black Asteroid, and µ-Ziq as well as RONE and Parra For Cuva.

‘Om Nah Omn’ is the latest offering by Sex of Insects and ‘kicks off with a western-inspired guitar riff;’ Together with Alexandra Bartashevich’s vocal work the single consists of a heightened and intense rhythm, with an energetic rhythm and ‘mesmerizing textures’. dOP, the French trio rework this remix and up it a level or three using dominant bass-kicks, dance-fueled sounds that will be sure to have the club on it’s toes twisting and turning with feverish dance-moves. The remix created by Sailor & I definitely create a different type of depth to the song with ‘80s inspired arpeggios, choppy vocals’ and gives the song an upbeat melodious high-energy atmospheric build-up. Anatoly – who is one part of Sex of Insects delivers his very own ‘Pink Frost’ version remix which is one ‘part industrial, part techno and experimental in nature – an inventive take on the original mix.’ ‘‘Om Nah Omn (ONO Remix)’ produced in tandem by Anatoly Ylotana with Thierry Tomas, proceeds with pounding beats, frigid textures and an astonishingly haunting atmosphere. This might just be the soundtrack to your dreams!”

Headlining one of the remixes is Parisian electronic trio dOP who have been a phenomenal example within the electronic music community for more than ten years. The unique style is experimental techno and house with elements from other genres such as hip-hop or rock and roll. Having garnered considerable fame from remixing for respectable artists DJ Koze, Phantogram, DJ T, DJ Hell, Damian Lazarus, Djuma Soundsystem and many more. The trio have had over 1.3 million views on their Boiler Room sets and 1.2 Million views on their rooftop Sonar set, dOP have also released numerous compilations, singles and as many as 28 EPs through various praised imprints. They can be compared to similar-styled artists Marcel Dettman, Stimming and Nôze, with the latter being a huge influence on the trio’s work. doP have earned themselves a spot on Resident Advisor’s ‘Top Live Acts’ for three years consecutively from 2010-2012 as well as received support from BBC Radio 1’s Pete Tong, Red Bull Radio, FACT Mag and Thump throughout their career.

adminhttp://ground.fm
About Me. I am an admin.
Previous articleElectronic musical magician Uppermost has released ‘Perservance’
Next articleSEAPORA set to release her EP “Seaflow”