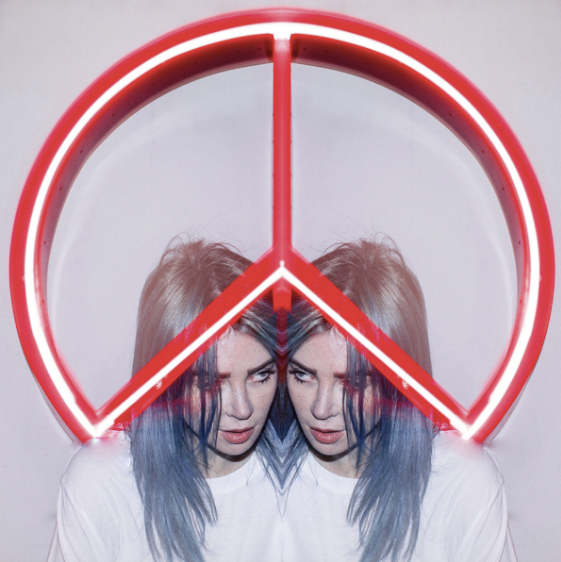 Following the success of her 2018 album, AWAKE, Alison Wonderland claims the spotlight once again with her new single and video, ‘Peace’. Co-written by Alison, this release coincides with the EDM trailblazer gracing the cover of this weeks Billboard’s Annual Dance Issue and received the highest ever billing for a female artist on the Billboard Dance Top 100.

Racking up over a massive 400 Million all time streams and 136 Million streams of the album, Alison scaled to new heights in 2018, having teamed up with star peer Dillon Francis for a co-headline tour and single release ‘Lost My Mind’, plus being playlisted by Elton John on Beats 1, scoring the highest billing ever for a female DJ at Coachella, playing almost 100 shows across 5 continents and collaborating with Trippie Redd which saw their single ‘High’ premiere through the world biggest online urban outlet ‘WorldStarHipHopTV’. In just 5 minutes, she recently sold out her 10,000 capacity headline show at the Iconic Red Rocks Amphitheatre in Colorado.

Headlining stages in front of hundreds of thousands of people around the world across multiple festivals in 2018, including EDC Mexico, EDC Japan, Electric Forest, Lollapalloza, Parookaville, Tomorrowland & Pukkelpop, Alison is set to step foot on UK shores this coming August at SW4 Festival.

Alison’s world continues to grow and expand with each subsequent single, album, and tour. It will only get brighter, bolder, and bigger from here. STREAM HERE

adminhttp://ground.fm
About Me. I am an admin.
Previous articlePages Remixes Nicolaas’s song ‘No Stranger Thing’
Next articleUppermost’s new song ‘Forever Present’ Proves the Man won’t Slow Down